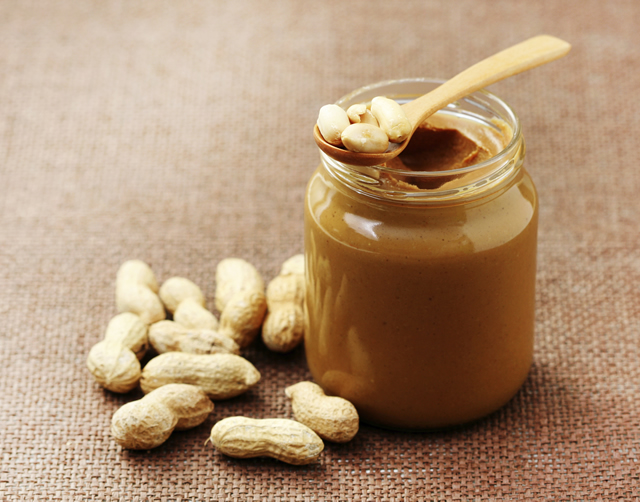 A study recently published in The New England Journal of Medicine has had parents talking — and leaving some of them a bit confused! It reopened a can of worms, or in this case, a jar of peanut butter!

“The study reveals that the incidence of peanut and tree nut allergies in the U.S. quadrupled over the past 13 years,” said Amy Ingram, M.D., physician with Advanced ENT & Allergy. “This is a huge increase and a concern since peanut allergy is the country’s leading food-allergy cause of anaphylaxis and death.”

To rewind, in 2000, the American Academy of Pediatrics recommended that parents wait until a child turned 3 years old to try foods associated with high risk of allergies, such as nuts, eggs and fish. The belief was that infants’ immune systems weren’t ready for these foods.

In 2008, the academy revised the recommendation and concluded that parents don’t have to wait to introduce peanut butter to otherwise healthy babies. Many of the physicians who participated in the study began hypothesizing that avoiding such foods might prompt a more dramatic immune response later.
Since 2008, numerous studies have been conducted to test the hypothesis. The New England Journal of Medicine published one of the long-awaited results in February, which stated that the introduction of peanuts to children in infancy “significantly decreased” a child’s likelihood of developing a peanut allergy.

Dr. Ingram agrees and explains how the body responds to new foods, such as peanut butter.

“When a new food is introduced to the body, our gut or intestinal system, which houses most of our immune system, begins breaking it down. At this point the immune system decides if it will cooperate with this new food or reject it and create food allergies,” Dr. Ingram said. “By introducing the food earlier and with some frequency, the body has more time to process the food and work toward accepting it as a normal part of our dietary routine.”

The revised study incorporated peanut butter into a child’s routine by including a half teaspoon three times per week.

“It’s important to note that feeding your child peanut butter once with no reaction doesn’t make them allergy-free,” Dr. Ingram said. “But by including peanut butter or peanut products as part of their menu three to four times per week, it will allow you to watch for any type of reaction that may develop.”

Once you have incorporated peanut butter, or any new food, into your child’s meal plan, you’ll want to start watching for signs of a food allergy.

“Someone with a nut or peanut allergy can have a mild reaction, such as skin irritation or upset stomach,” Dr. Ingram said. “However, if the reaction is more severe, you may see signs of respiratory distress, swelling of the face and/or tongue, and potentially lightheadedness.”

Signs to watch for can include:

In the most serious cases, a nut or peanut allergy can cause anaphylaxis, which is a sudden, life-threatening allergic reaction. A person’s blood pressure can drop, breathing tubes can narrow and the tongue can swell.
Dr. Ingram advises that people at risk for this type of a reaction have to be very careful.

“It is important to plan ahead for handling emergencies of this nature,” she said. “It is best to work with your pediatrician to be prepared for potential risks, including the use of special medication to stop symptoms from getting worse.”

© Copyright - 2022 - We are committed to superior care in a professional and efficient manner that demonstrates respect for our patients and exceeds their expectations.